“The average prison cell is 9m², shared by two inmates. Just enough to preserve human dignity, they say. What happens in close space? Who is watching whom? Surveillance defines the everyday. Not alone, yet lonely.

The audience moves through the space. The cells, which are arranged on a grid, restrict vision. The horizon is moving closer as the space becomes increasingly constricted. Cold, grey walls, dimly lit by neon lights define the Individual’s experience, which paradoxically is created by the collectivity of space, performance, sound and also people.”

The main performance area could only be entered through a cell in which Felix Huber had created his installation “Solitaire”: an abandoned office desk, a blinking old PC, magazines, a set of playing cards. The person that had worked there had left in a hurry leaving a half empty cup of coffee and an unfinished game of solitaire. – Martina Maggale (director) 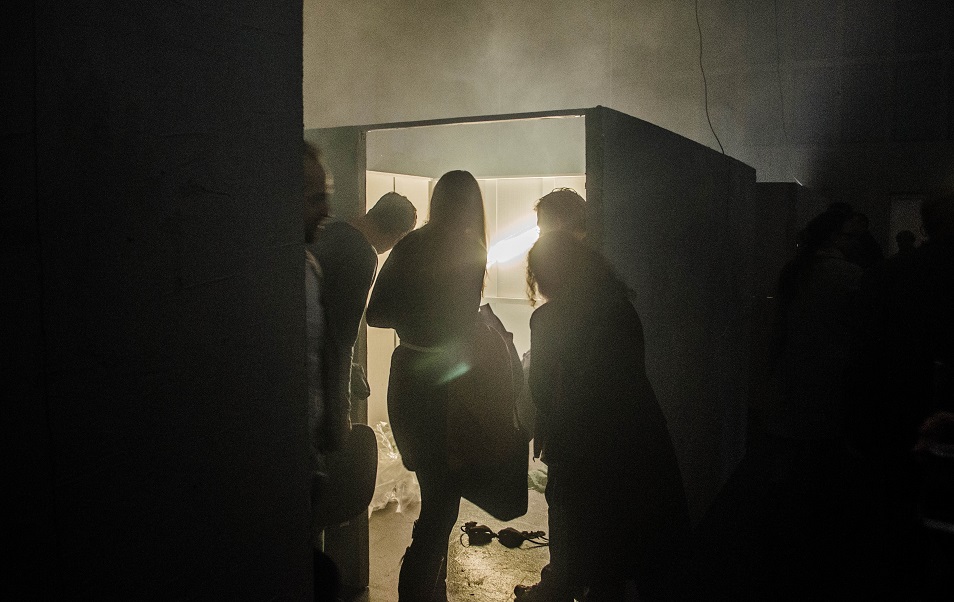 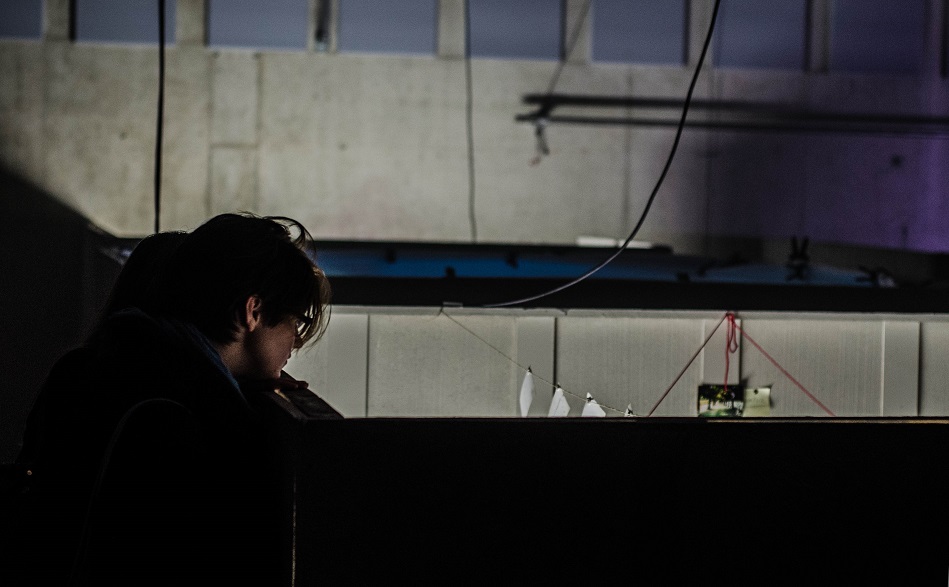 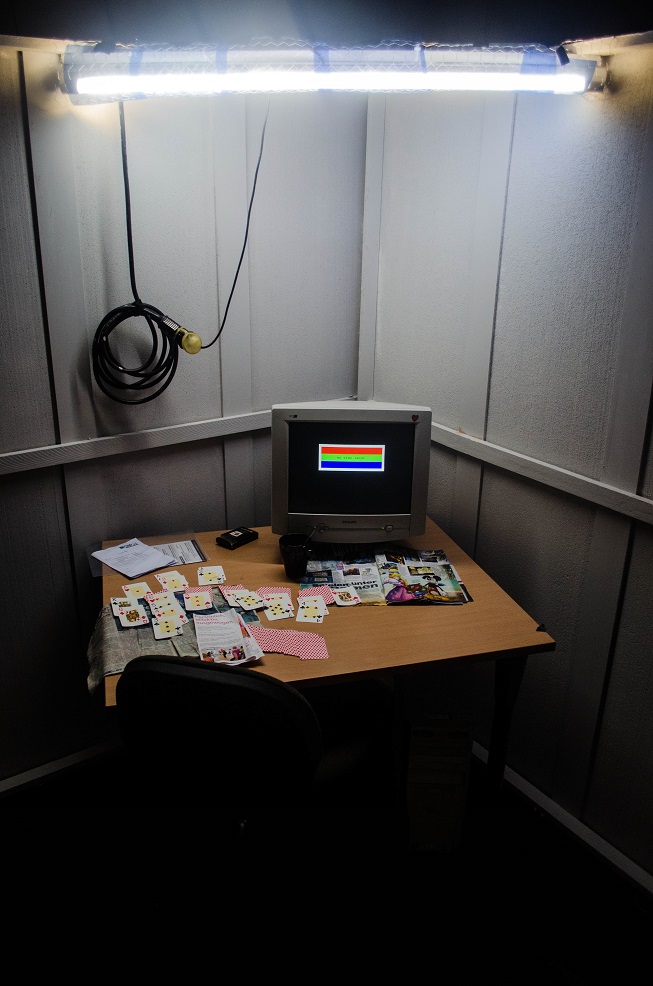